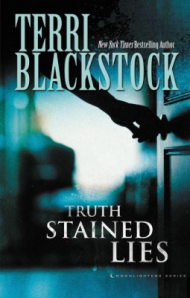 Cathy Cramer is a former lawyer and investigative blogger who writes commentary on local homicides. When she finds a threatening note warning her that she’s about to experience the same kind of judgment and speculation that she dishes out in her blog, Cathy writes it off as mischief … until her brother is caught in the middle of a murder investigation—the victim is his ex-wife. As her brother is tried and convicted in the media, and bloggers and commentators like her have a field day, Cathy wonders if she should have taken the threat more seriously. Cathy and her two sisters, Holly and Juliet, moonlight as part-time private investigators, working to solve their brother’s ex-wife’s murder. Juliet, a stay-at-home mom of two boys, and Holly, a scattered ne’er-do-well who drives a taxi, put aside their fear and lack of confidence to learn the art of investigation. But will it be too late to save their brother from a murder conviction, or his five-year-old son who’s the killer’s next target?

Haven’t read a cosy mystery in a long time and this book was a nice one to start with after my break.

This story is one of the simplest mysteries I’ve ever read. It wasn’t so much about the twist and turns, and the complexities attributed to a typical mystery weren’t present. This however didn’t stop the story from being engaging and interesting to follow.

The character with the strongest and best developed personality was Holly. Her brokenness and need for redemption was so well illustrated it wasn’t so hard to relate to her and understand her as you would a real person.

By the end of the story, I still couldn’t figure out what Max’s problem was with his brother, Michael. All that kept going in my head was, “Hey, what gives?” It was quite clear it was a case of an unhealthy mix of pride, insecurity, anger and jealousy. That made me disappointed with his character—yes, didn’t like him much.

Juliet was strong, and I wish her family issues—specifically the ones between her and her husband were brought more to light, since the author went ahead to hint that there could be something there.

At the end of the day, after gathering everything that the story has to offer about Cathy, the one word that I can ascribe to her character is, determined. Nothing more. There were other hints as to what more her character could be, but not much.

Michael had the tendency to be sweet. One thing he definitely was—dependable.

There was back-story in the lives of each character that affected their present issues. I only wish it were more explicit. Enough however was laid out to understand each character’s point of view and where they were coming from. For instance, it was stated what led to Michael’s problem with his family but not why they chose to believe and act the way they did towards him. A little peek into Max’s head would have probably solved that problem. I can’t help but be curious about it. It just seems absurd to me. Some mistakes can clearly be seen as what they are—a mistake. Simple. Didn’t make me like that family much.

Also, the romance in this story is the lightest I’ve ever seen. It was only stated and referenced to in not more than three scenarios, which left me disappointed. I get that it’s a cosy mystery, but it should have been more. The main characters, Cathy and Michael were introduced and presented in a manner that would cause a reader to anticipate so much more than what was offered.

The end is not dissatisfying per say, but it could have been worked on more, unless of course Cathy’s and Michael’s story continue in the series.

Overall, it was a good book. Not over the top, but enjoyable and engaging. I can’t say I’m disappointed.

*Although I offer this review to the public, it is my opinion and simply that. Many thanks to Zondervan and Net Galley for a free temporary ebook copy in exchange for my honest opinion.* 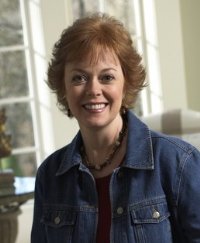 Terri Blackstock is a New York Times best-seller, with over six million copies sold worldwide. She is the winner of two Carol Awards, a Christian Retailers Choice Award, and a Romantic Times Book Reviews Career Achievement Award, among others. She has had over twenty-five years of success as a novelist. Terri spent the first twelve years of her life traveling in an Air Force family. She lived in nine states and attended the first four years of school in The Netherlands. Because she was a perpetual “new kid,” her imagination became her closest friend. That, she believes, was the biggest factor in her becoming a novelist. She sold her first novel at the age of twenty-five, and has had a successful career ever since.