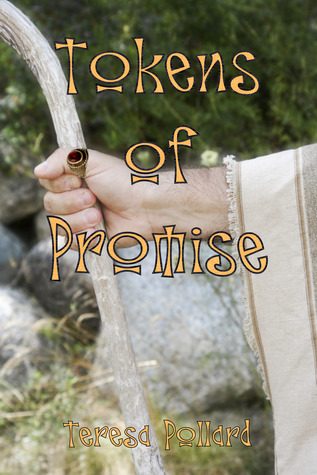 “Beware, Prince of Hebron, her witching ways
are strong.” Ben Qara’s evil words still rang in
his ears. Judah is sure he was bewitched by
the beautiful Tamar. She is all he can think
about. But no, it must not be. He will not break
his vow to Yah. He already has a wife, and he
will have only one. Tamar must marry Er.
Rescued from disgrace by the handsome
Judah, Tamar is already in love with the kind
stranger. She eagerly followed Emi’s advice on
how to win him. It almost worked. He had
promised. If only his servant hadn’t come at
that moment, she’d be his wife now instead of
going home with him to be his daughter-in-
law. Why had her father agreed to this? Surely
he could see her destiny was with Judah?

This book surprised me.
Honestly, I didn’t expect to have been so engrossed and entertained by a Bible story I knew all too well. Only one time has this story been re-told that I appreciated it as much—Francine Rivers’ Unveiled in the Lineage of Grace series. But even though Francine Rivers is my favorite author, this story by Teresa Pollard was better told—simply my opinion!
The role of every kind of human emotion/character that could be involved in a love story—love, hatred, anger, bitterness, jealousy, regret, lust, hypocrisy, sorrow, perseverance/longsuffering, faith, hope and joy—were seen at work here. Teresa intricately wove them into the story and its characters in way that produced a masterpiece.
Tamar was young and very brave. Not that she had a choice, but it was inspiring and touching to follow how she tackled life. She knew what her heart wanted and she stepped forward accepting what was offered her in life, believing everything would work out for the best. For me, I think the most powerful part of the story is Tamar’s strength of faith. The nasty events didn’t destroy her faith in Yah (God) nor her ability to love.
Judah was my favorite in this story. His character struck me the most. He wasn’t perfect, but he had a very noble heart. It was interesting to watch how he frequently managed to find his way around his emotional conflicts and chaos to making some smart decisions. This doesn’t mean he never made mistakes or didn’t do things that he utterly regretted. He did in fact. His character however, was powerful, alluring and interesting to follow.
The language of the book is not exactly traditional Christian fiction. There are no swear words or strong language, and it is neither raw nor vulgar but somewhere in-between. It is unrefined in some ways. In the words of the publisher of this book, “it is not for the eyes of children”.
Also, I thought the story moved too fast. The pacing didn’t allow better monologue development and so I didn’t get to know the characters on a deeper level. I knew what they were about, but couldn’t develop the best profiles for their personalities. I also believe the end could have been better. It wasn’t left without hope though, so I still found it acceptable.

*Though I offer this review to the public it is my opinion and simply that. Many thanks to Book Crash for a free ebook copy in exchange for my honest opinion. 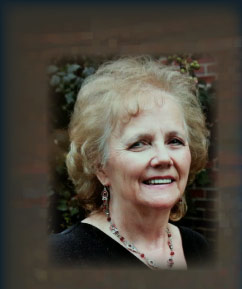 Teresa Pollard is from Richmond, Virginia, and
was saved at a young age. She has a Masters
degree in English and Creative Writing from
Hollins College, and has served as a Sunday
School teacher and children’s worker for most
of the last forty years. Married for forty years,
she was devastated by divorce and the death of
her youngest daughter, but God has blessed her
with a new home and another grandson, and
she now resides in Dacula, Georgia. Her website
is TeresaPollardWrites.com

To read the Savvy Saturday Weekly for readers and writers, go here.