A lot of people assume that the road to becoming great, famous or a force to be reckoned with either happens with one hit overnight or they have a huge platform upon which they begin. If you’re one of such people, let me tell you now that this isn’t true. NOBODY who’s become great did it that easily. The road to any kind of success is paved with much hard work, discipline, consistency, and strategic planning. Anyone telling you otherwise is either lying to you or trying to sell you something. Even when the world was good and without sin, God told Adam to “work the land” (of Eden). And so, it is the work of your hands that get blessed and therefore produce fruit.

How then do you begin?

This is important if you’ll learn discipline and humility—two very important attributes that will preserve you when you make it to the top. Hence the reason, you must not despise the days of little beginnings. It is the time to gather knowledge at a pace that will not only mature your mind and heart, but also your character.

Also, you don’t have to be perfect to begin. Start with:

1. What is in your hand. “What do you have in your hand,” God asked Moses. If you go through Scripture, you’ll find that though God never specifically asked the other greats this question, you’d see, though, that God usually used what was in the hand of the one He’d called to accomplish what He intended them to accomplish. For Moses, it was the staff in his hand. For David, it was the sling and stone (and not Saul’s sword and amour). For Joseph and Daniel, it was the wisdom God had bestowed upon them. The same question is being offered to you—what is in your hand? Are a writer? Start a blog (it mustn’t be perfect or have a bought domain). Are you a lover of music? Learn to play an instrument along with writing songs. Are you a foodie? Experiment with what you know and what you have (it mustn’t be expensive cuisine or gourmet) etc.

2. Begin small. Little opportunities will come knocking on your door. They always do. Don’t ignore them because of the size of the opportunity. It is the little things done over time and then added together that eventually open doors for bigger opportunities and platforms. David began with bears and lions before fighting Goliath, and eventually the many enemies and armies he had to face before being crowned king. It is the little things that prepare you for the greater adventures. Besides, you might find that when you begin, you may not be interested in becoming an icon as you may find satisfaction and fulfillment with the impact you’re already making right where you are. Not everyone is called to be a boss or star. And that is perfectly okay.

3. Learn and Grow. You will find that practice makes “better” (not perfect) as we keep learning until the day we die. Never be too proud to learn from those who’ve gone ahead of you. Standing on the shoulders of giants gets you there a lot faster than on your own. Also, you may not learn from someone professionally ahead of you, but rather, from an amateur or subordinate—you’d be surprised the tricks you could pick up from folks just starting out, which could make your routine a lot easier and smoother. Whichever scenario you find yourself, the key to constant growth is humility.

4. Pay attention. Ask God-fearing men in all works of life who’ve given their life to the service of God, and they’ll tell you that [almost] nothing turned out the way they thought or imagined it would. There’s a reason why the Bible says:

“In his heart a man plans his course, but the Lord determines his steps”—Proverbs 16:9.

“Now listen, you who say, ‘Today or tomorrow we will go to this city, spend a year there, carry on business and make money.’ Why, you do not even know what will happen tomorrow. What is your life? You are a mist that appears for a little while and then vanishes. Instead you ought to say, ‘If it is the Lord’s will, we will live and do this or that’”—James 4:13-15.

As the first verse says, it is God that determines your steps. You have to listen to what He is telling you and what He has impressed upon your heart. This way, you will find peace in your walk with God. Make effort to remain spirit-led rather than be carnal-minded. It is a terrible thing to have a vision and not know what/where/when your mission is. So you can sing. But do you know specifically what God wants you to do with that talent?—has God called you to serve at your local church or sing professionally? Find out what God says about you. Never assume a plan for your life without first seeking God’s will and opinion. To do so would be to incur such disappointment that may lead you to lose faith in God when “your” plan doesn’t work out because you think God has failed you. As mentioned above, not everyone is called to go big or professional. This is not a bad thing. All God’s plans are good. Finally, bear in mind that God defines greatness very differently than how the world does.

“There is a way that seems right to man, but in the end it leads to death”—Proverbs 16:25.

“A man’s steps are directed by the Lord. How then can anyone understand his own way?”—Proverbs 20:24. 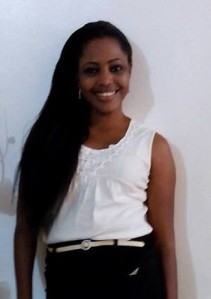 Miranda A. Uyeh is the founder and editor of To Be A Person (TBAP), the author of Christian Romance/Suspense fiction, To Die Once: Child of Grace #1, a Mogul Global Ambassador, and a copywriter. She was a one-time shortlisted judge for the Inspy Awards in 2014 in the Contemporary Romance & Romance/Suspense Category. In 2016, Miranda was honored to be one of 500 book reviewers across the world invited to help launch Tim Tebow’s book, Shaken.

When Miranda isn’t reviewing books/entertainment or hosting interviews on TBAP, she’s writing, reading for fun or relaxing with a good movie! When she gets bored with the world, she talks to God about it! To learn more about her book, To Die Once, and her journey as an author, you can follow her author website. You can also connect with her on Twitter, Facebook, Pinterest, and Google+.

The article The Road To Greatness And Fulfillment first appeared on To Be A Person (TBAP).