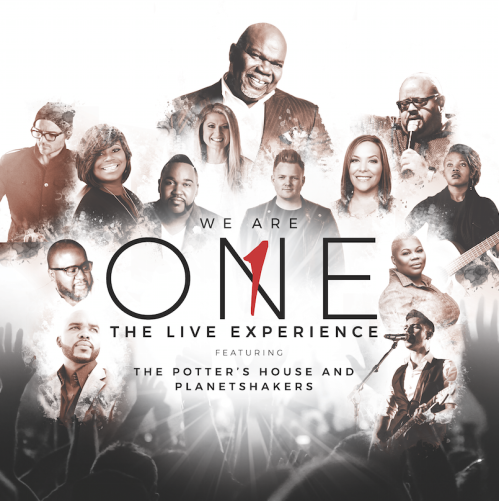 Bishop T.D. Jakes’ The Potter’s House and Planetshakers Partner To Release We Are One (The Live Experience) with a new album coming this fall.

The Potter’s House, one of the leading churches in the world, has teamed up with Planetshakers, the global evangelical movement to release their first track together We Are One (The Live Experience).  The song, which focuses on the message of bringing unity to humanity in a divided world, was recorded live at The Potter’s House in Dallas, TX.

“I love the fact that people from different cultures, upbringings and nations come together to worship. The thing that unites us is Jesus. My prayer is people will encounter His presence and come together to change their world for good. In the end we all are God’s children.” – Ps Russell Evans, Founder and Senior Pastor, Planetshakers

“…It is the mission of the Potters House church and the goal of our Potters House Music ministry to align ourselves with the heart of Christ and build bridges toward unity. With our brothers and sisters of Planetshakers, we are creating music that transcends cultures, denominations and labels to present to the world music that makes us ONE…..” – Oscar Williams, Executive Director of Music and Fine Arts, The Potter’s House

The two organizations recorded a live album together that will be released on Bishop T.D. Jakes’ Dexterity Sounds and DREAM this fall with guest appearances from Grammy Award winner Fred Hammond.  Check out the first track:

About The Potter’s House

Planetshakers is a worldwide movement driven by the desire to empower generations to win generations, and providing an atmosphere where people can encounter God. Based out of Melbourne’s Planetshakers Church, one of Australia’s fastest growing churches in history, the movement’s priority and passion is to reach and impact people, seeing them transformed by the power of God and the love of God’s people.

The Case For Christ DVD + CD Coming Out August 15th 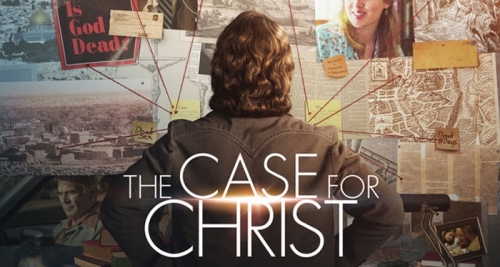 Songs Inspired CD Featuring 11 Brand New Exclusive Songs Featured From Some Of The Worship Teams, Worship Leaders, And Artists From the Largest Churches in The World, Including NewSpring Worship, Lakewood, Seacoast Worship, New Hope Oahu, G12 and many more.

After a successful digital debut of The Case For Christ: Songs Inspired By the Original Motion Picture album, DREAM Records has partnered with Pure Flix Home Entertainment to release the CD as part of DVD release in all Christian Book retailers along with 11 exclusive behind the scene videos from the artists on the album to all retailers.

The album features unreleased music from a wide range of worship teams including the powerful, The Evidence by New Hope Oahu, the hopeful, Believe by Seacoast Worship, the infectious, Our Great God by NewSpring Worship, the beautiful, Your Love Is Chasing Me by Soulfire Revolution, the glorious I Believe by Dove Award winning singer-songwriter Cindy Cruse Ratcliff, and many more.

In April, DREAM Records released the songs inspired album as an accompaniment to the national theatrical release.  The digital album received critical praise from NewReleaseToday.com, Hallels.com, and CCM Magazine and the movie earned a “fresh” rating from critics at Rotten Tomatoes and a rare A+ from Cinemascore, the industry standard for measuring audience opinion of a film. The film also received the K-LOVE Fan Award for Film/Television Impact.

THE CASE FOR CHRIST is based on the 1980’s true story of a hard-driving journalist and atheist, Lee Strobel, who is exactly where he expected to be at work: on top. His award-winning investigative reporting has earned him a promotion to legal editor at the Chicago Tribune. But things aren’t going nearly as well at home, where his wife Leslie’s newfound Christian faith put a strain on their marriage.  Lee sets a plan to use his investigative skills to disprove Christianity, which goes against everything Lee believes—or doesn’t believe—as an avowed atheist.

Utilizing his journalistic and legal training, Lee begins a quest to debunk the claims of Christianity in order to save his crumbling marriage. Chasing down the biggest story of his career, Lee comes face-to-face with unexpected results that could change everything he knows to be true.

Based on Lee Strobel’s award-winning bestselling book and starring Mike Vogel, Erika Christensen, Academy Award® winner Faye Dunaway and Academy Award® nominee Robert Forster. THE CASE FOR CHRIST was applauded by critics including Christianity Today, which declared that it ““stands among the best films produced yet by the Christian film industry.”

THE CASE FOR CHRIST is rated PG and directed by Jon Gunn (DO YOU BELIEVE?) from a script by Brian Bird (CAPTIVE, TOUCHED BY AN ANGEL). The film is produced by Michael Scott, David A.R. White, Russell Wolfe, Elizabeth Hatcher-Travis, Brittany Lefebvre, Karl Horstmann and Alysoun Wolfe.

For additional information about the film and the music log on to www.caseforchristmovie.com  and www.dreamlabelgroup.com

Founded in 2005 by Michael Scott, David A.R. White, Russell Wolfe and Elizabeth Travis, Pure Flix has become the largest independent faith and family studio in the world. Their recent releases include The Case for Christ, I’m Not Ashamed, God’s Not Dead 2, God’s Not Dead, Do You Believe?, Woodlawn and the upcoming Same Kind of Different as Me.

With offices in Los Angeles and Scottsdale, Pure Flix has produced, acquired, marketed and distributed nearly 100 faith and family-friendly films. Aligned with their mission to transform the human spirit through values-based entertainment, Pure Flix is the industry leader in creating high-quality inspirational feature film content.  Visit their official website.

DREAM was founded in 2008 to provide artists with a genuine approach to how real artist development should be done. By allowing for a partnership as a business model, DREAM’s artists empower themselves to develop and carry out a real vision for their lives as they affect other people’s lives with their music and message.

Incorporating social media, press, radio and touring, this allows the artists to grow together as a family.