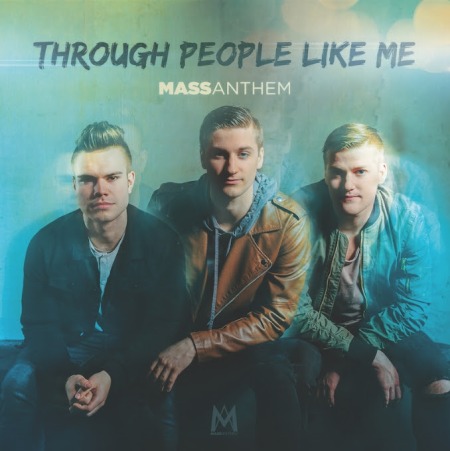 A lovely assortment of pop and hip-hop, Mass Anthem’s Through People Like Me smoothly entertains the listener—persuading gentle body sways—as much as the lyrics enthusiastically tell of the goodness and benefits of faith in a God Who is truth-worthy and praise-worthy. The song, Through People Like Me, from which the album was titled, is a fantastic reminder that God can raise and use anyone, which serves as a firm backdrop for the rest of the songs in the album.

Mass Anthem is surely a group to look out for, as with a release like this, they are carving out a niche for themselves that is sure to last if they continue down this path. 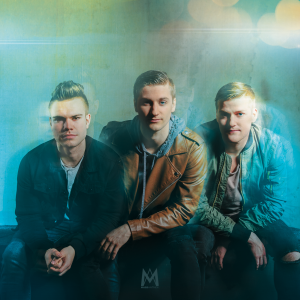 Mass Anthem is a Christian pop band originally from the Chicagoland area now located in Nashville, TN. The trio is comprised of brothers, Chad and Tyler Sowards, as well as Joey Atansio. Their debut album “ALIVE” was released in June, 2014 followed by their most recent record “Through People Like Me” which will be released on DREAM Records in January, 2018. “We hope this new album captures our creativity and the energy that we bring to the stage every night,” says Tyler. “Our goal was to create a diverse album of fun, energetic music with lyrics that will encourage people to live a life for Someone greater than themselves, and we believe we have accomplished that goal with this album.”

Mass Anthem relocated to Nashville, TN in pursuit of furthering their music career and making roots in the Christian industry. “It’s been amazing making new connections with writers and other musicians since moving to Nashville. We know we are taking steps in the right direction and are so excited for what the future holds. As a band we always say, as long as God keeps opening the doors, we are going to keep walking through them,” says Chad, lead singer of the group.

Mass Anthem has a passion for the youth and the upcoming generation. They hope their music inspires today’s youth and encourages them with a positive message. “So many young people today put their identity in the number of followers they have or the likes they get on social media, rather than following the One who gives them their identity. We want to take back the youth and have our music point them to Christ and the freedom they can experience in Him,” says Chad.

DREAM was founded in 2008 to provide artists with a genuine approach to how real artist development should be done. By allowing for a partnership as a business model, Dream’s artists empower themselves to develop and carry out a real vision for their lives as they affect other people’s lives with their music and message. Incorporating social media, press, radio and touring it’s allowing it’s artists grow together as a family.