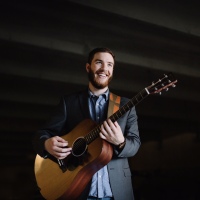 Cameron Moore is the amazing voice behind the album, Alpenglow (read the TBAP review here). An upcoming and rising star on the Christian music scene, the major Christian platforms have nothing but good things to say about Moore’s music. He is currently the Contemporary Worship Director and Assistant Youth Director at his church at Charlotte, North Carolina. Taking the time to share with TBAP about his faith and work, Moore has proven to be quite the interesting artist with some wisdom to share. Take a look!

Miranda ~ Hello Cameron! Delighted to have you visit TBAP today! Please tell us a bit about yourself.
Cameron: Thank you so much for having me! I am originally from Charlotte, NC. I went to UNC Asheville for undergrad where I double-majored in History and Religious Studies. Following graduation, I returned to the Charlotte area, and I am now on staff at Davidson United Methodist Church as the Contemporary Worship Director and Assistant Youth Director. I live in North Charlotte with my wife, Abby, and our dog, Buster.

Miranda ~ Is there a special story on how you became a Christian? We’d like to know!
Cameron: For me, personally, church was always a part of my life. There are seasons that have been more or less impactful, but I can’t think of a specific special story that defines my Christian journey.

Miranda ~ When did music become a part of your life? What led you to choose the Christian industry over the mainstream?
Cameron: Music has been a part of my life for as long as I can remember. I started playing guitar when I was seven. My brother had a beginner’s guitar and, one day, I picked it up and started playing with it. My parents decided to find somewhere for me to learn, and got me into lessons pretty soon after that. It wasn’t until I was about fourteen that I started focusing time on singing. Since then I have dabbled in piano and midi.
When I was about ten, I remember writing my first song. At the time, I wrote about what I knew and believed. The older I get, the more I realize that I am the type of songwriter who writes as a way of wrestling with what I believe. I think that while most of my new album moves in a new direction, there will always be echoes of my Christian beliefs layered in the lyrics that I write.

Miranda ~ You have a new album out now, Alpenglow. Why this title?
Cameron: Alpenglow is defined as “the rosy color in the sky at sunset and sunrise.” As I spent more time writing and thinking about this album, it felt like it all told a story. All in all, the record is meant to represent a journey through the night, and all of the joys and struggles that that journey can entail.

Miranda ~ What inspired the songs of Alpenglow and, what message do you hope to pass to your listeners?
Cameron: The ten songs on this record were written over a span of three or four years. While some of them were inspired by life experiences, I think that many of these songs were born from world events, and from my wrestling with what I believe as a result. As a songwriter, I always hope that the music I write has an impact on listeners in a way that makes them want to listen to my record over and over again. I hope that Alpenglow specifically causes listeners to think deeper and to ask questions about what they believe, and what it means to live in the world today.

Miranda ~ Is there a method/process to your songwriting? What is your underlying principle when it comes to writing songs and, when do you know a song is ready?
Cameron: When it comes to writing songs, I often write the music first. I typically have some lyrics in mind when this happens, but the music tends to shape the way that I write the lyrics. Very rarely do I write a song and think, “I should leave it just like this!” Overall, I’d like to believe that I am very intentional with my word choice, and if the words pieced together don’t convey the message that I want them to, then I keep tweaking until it feels right. Ultimately, it comes down to a feeling for me as to whether or not a song is ready.

Miranda ~ How has your perspective changed since joining the industry—any particular mind-shifting experience? How has this experience affected you personally? Has it drawn you closer to God?
Cameron: The music industry is an interesting place. It is one thing to have the passion for writing and performing music, but it is something completely different to know how to market and operate like a business. I would say that my experience in recent years has been eye-opening in the sense that, it has taught me how to focus my time and energy on things that will have a higher impact. It can be easy to jump at every opportunity, but discerning where to invest is tough. As for my faith journey, my schedule can make it pretty difficult to find that personal time to grow and seek. That is something that I have to be very intentional about making time for.

Miranda ~ How do you balance family and church?
Cameron: As hard as it is, I really try to make and enforce boundaries when it comes to family and church. I spend a lot of time working at the church, but I also know there is a need to spend time deepening my relationship with my wife. I don’t think this is ever easy, but I do believe that we need to try and set some boundaries in place to give time and energy to both.

Miranda ~ What would you like to see change on the Christian music scene? What do you believe that you in particular can offer the world and add to the music scene that isn’t already there?
Cameron: When I reflect on the Christian music scene today, I sense a yearning for change. I would love to see an embrace of new sounds as artists begin experimenting with how to grow and expand and deepen the music that we produce. When I step back and look at my music, I see something that I think can span across genres. While I am a Christian who makes music, I hope that what I create can have an impact in more than just one corner of the music industry.

Miranda ~ What advice would you offer a person who’s just starting out in the industry?
Cameron: I would start by saying that almost nothing happens overnight. Often times, it is a long journey to get to where you want to go. I would add that there isn’t one “formula” for how to make a living in the music industry. If there is anything that I have learned over the past year, it is that everyone’s story about getting to where they are now is different. If you truly love making music, then pursue that and see where your passion can take you.

Coffee or Tea? I really like both, but coffee.
Gym or Outdoor? Outdoors, for sure.
Sneakers or Boots? Probably, boots.
Running or Walking? As much as it may pain me to say it, I think I have to say, running.
Cereal or Fruit? Fruit.
Movies or Books? Movies.
TV or Magazine? TV.
Summer or Spring? Spring.
Rain or Snow? Rain.
Blazer or Leather Jacket? Leather Jacket. 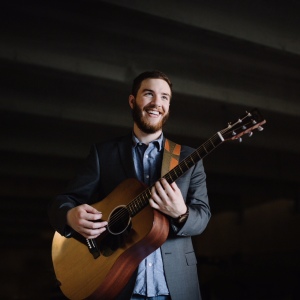 Cameron is a 23 year old who resides in the state of North Carolina. At the age of seven, Cameron began learning guitar. A number of years later, when Cameron was fourteen, he joined a band at his church. The band encouraged him to become the lead singer as they prepared to lead worship for youth events later that year. This period nurtured a passion for music and leading worship. Eventually the band dissolved, but this did not stop Cameron from pursuing his new found love for music.

Cameron began writing music in his free time and later found a home with a church worship team in downtown Charlotte. This opened the door to working with a variety of skilled musicians who came alongside him and taught him more about music. As he neared the end of high school, Cameron began recording his music. After starting college at the University of North Carolina at Asheville in the Fall of 2012, Cameron signed a management contract with McLaughlin Music Group International. A year and a half later, he released a five-track, self-titled EP.

Since his debut release in November of 2014, Cameron has performed or led worship nearly every weekend, and has opened in concert for Laura Story, aired on and been interviewed by Christian radio stations all around the world, and traveled the east coast for various conferences and concerts. Cameron Moore is currently on staff at Davidson United Methodist Church, where he serves as the Contemporary Worship Director and the Assistant Youth Director. Cameron’s sophomore album, Alpenglow, released on January 26, 2018.