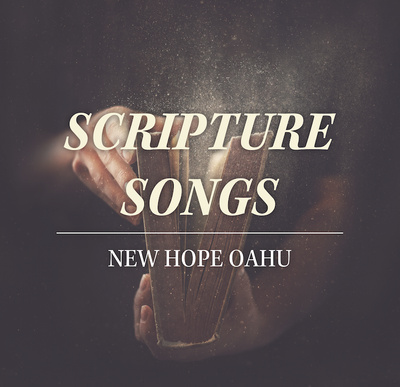 New Hope Oahu Worship presents its latest release, Scripture Songs, in the good ol’ classic contemporary praise and worship fashion that thrilled the churches of 80s & 90s, and with Scriptural lyrics that delight and nourish the soul. There’s a beautiful nostalgia to its sonic that brings a smile to the face and heart, the album couldn’t be more enjoyable and heartfelt.

NHO’s new release is a refreshing and wonderful addition to the urban mixes currently available on the market, and a lovely reminder of the classic version of contemporary music that marked the Church’s anthem songs in the 80s/90s.

DREAM Label Group Worship Band, New Hope Oahu Music, blazed onto the Worship scene in 2013 with the release of their debut album, Hope Is Alive, which premiered at #2 on the Billboard Praise & Worship Chart and featured the global hit song, How We Worship. New Hope Oahu has since released four albums: Victorious (2014), Greater Together (2015), Future + Hope (2016), and Kingdom (2017), each of which have reached #1 on the Billboard Charts for Christian Music. Their albums have also been recognized by The Hawaii Academy of Recording Arts, “the Grammy’s of Hawaii”, as Religious Album of the Year in 2013, 2014 and 2015. As a ministry of New Hope Oahu led by Senior Pastor Wayne Cordeiro, New Hope Oahu is listed as one of the top 10 most innovative churches of America with Outreach Magazine listing them as one of the “top five churches to learn from”. New Hope is known for redeeming the arts and technology with thousands attending services each week between their 6 campuses and via internet.

NHO Music has recently been a featured band in Worship Concerts with Lauren Daigle, MercyMe, Jeremy Camp, Third Day, and Big Daddy Weave. They have also had the privilege of leading worship at various conferences across Hawaii, Oregon, California, and Canada.