A Question of Faith By Silver Line Entertainment

Three families find themselves at a crossroads, questioning their faith and the God that guides their lives. As each family member deals with their issues, their worlds start to intertwine. This leads to a chain of events, which unknowingly brings the three families closer and closer together. Will the families give in to the loss, pain, and uncertainty that has shattered their lives, or will they find the tie that binds them all together through hope, trust, redemption, and goodwill? Read review here.

I Still Believe By Kingdom Story/Lionsgate

From the creators of I Can Only Imagine comes an inspiring love story for the ages. Rediscover the wonder of love in I STILL BELIEVE, based on the real-life story of chart-topping singer Jeremy Camp. Starring KJ Apa, Britt Robertson, Shania Twain, and Gary Sinise, I STILL BELIEVE is directed by Jon and Andrew Erwin, produced by Kevin Downes, with the screenplay by Jon Erwin and Jon Gunn. I STILL BELIEVE is a powerful reminder that in the midst of life’s storms, true hope can be found…continue reading here.

Run The Race By Reserve Entertainment

Run The Race is a story that takes you on a journey of two brothers with opposite beliefs and opinions about life, but with a brotherly love and bond that trancends their differences. Being thrown curve ball after  curve ball, together the two brothers weather the storms of life, leaning on each other for strength, until a storm comes along that shows one brother is able to stand firm because of his beliefs, and the other is eventually brought face to face with the abounding grace of God…continue reading here. 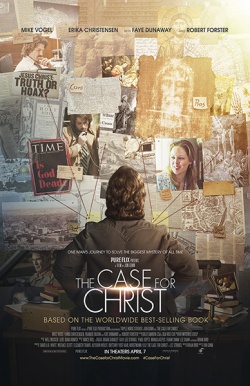 The Case For Christ By Pureflix

A hard-driving journalist, Lee Strobel was exactly where he expected to be at work: on top. His award-winning investigative reporting recently earned him a promotion to legal editor at the Chicago Tribune. But things weren’t going nearly as well at home where his wife Leslie’s newfound faith in Christ went against everything Lee believed—or didn’t believe—as an avowed atheist. Utilizing his journalistic and legal training, Lee begins a quest to debunk the claims of Christianity in order to save his crumbling marriage…continue reading here. 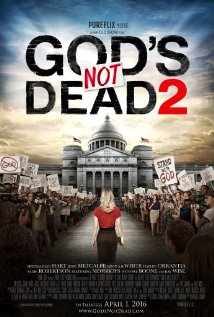 God’s Not Dead 2 By Pureflix

From the college classroom of GOD’S NOT DEAD to the public square in GOD’S NOT DEAD 2, the name of Jesus is welcomed less and less with each passing day. If Christians don’t take a stand today, will we even have a choice tomorrow?

Welcome back to Hope Springs … home not only of Hadleigh University, but also Martin Luther King Jr. High School, where beloved teacher Grace Wesley helps students understand and enjoy history. Her love of teaching, her love for her students, and her love of life all come from the same place: her love of Christ…continue reading here.

Heaven, How I Got Here: A Night With The Thief On The Cross by LightBEA Media

Based on the story of the crucifixion of Jesus found in Luke 23, this poignant account of redemption and grace weaves together the biblical events of the crucifixion and imagines the details of the life of the thief. He recounts the events of that day as he experienced them then, and as he looks back later from the perspective of his new life in heaven. Learn more about this movie on the Christian Cinema page…continue reading here.

Priceless deals with the difficult topic of human trafficking. This story, in particular, emphasizes the worth of a woman (and her younger sister) who’ve been forced into prostitution by a human trafficking ring as a result of difficult life circumstances. It is also a story of redemption of one man who’s [almost] lost it all, and is trying to find his way back. In a twist of fate, their paths collide, and hell breaks loose soon after…continue reading here.

Fragile World, an inspirational feature film from the makers of Leaving Limbo, centers on  Rosalie, a lonely interior decorator with a history of delusions who falls for a dashing stranger who may or may not be real.

Awarded Best Feature Film at HolyWood of New York and the Glendale International Film Festival (where it also took Best Director and Best Actress), the story ponders the depths of human loss, the fragile framework of the human mind, and the road to emotional and spiritual healing…continue reading here. 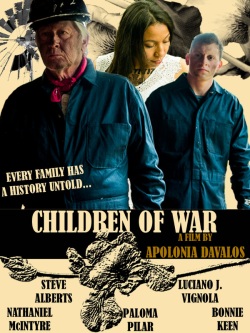 Children of War by APOLONIAD Productions

This movie is beautifully far more complex than the simple story it presents! It shows the richness and pride in culture, heritage and family, while telling a tale of love, forgiveness, failure, redemption and healing.

War, West Virginia, is a place that appears to have been forgotten, but not by its folks who are proud of its history and contribution to America. It is quite refreshing that it was set there, rather than in a big city, showing the goodness of a town left behind in ruins after so much positive input from it, into the lives of its people and America as a whole. The Children of War aims to tell not just a love and family story, but one of pride that comes from culture and heritage…continue reading here.

This is a movie that I’d been looking forward to watching since Sharon Wilharm, the writer/director, first mentioned the initial idea of the story. And I’m glad Faith Flix went through with full production!

Though a silent movie, it speaks volumes! This is a story of two people that found each other when they were very young, but also lost each other due to a misunderstanding. But through divine providence, they found each other again after many years had passed—a love story! And, quite touching, too…continue reading here.

The Good Book is the first evangelical silent feature to be released since sound was added to movies. It tells the story of a small New Testament that is passed along from individual to individual. These include young and old, rich and poor, blessed and forsaken. For seven of the strangers, it provides hope and meaning when they need it most. It is currently making rounds through the film festival circuit where it has received numerous awards including “Most Inspirational Film” at Hollywood Christian Film Festival and “Best Female Director” at GloryReelz Christian Film Festival, and was nominated for the prestigious “Best Mission” Stellae Award at the Pan Pacific Film Festival In L.A…continue reading here.